Ethereum vs. Bitcoin: The Differences

Is Ethereum better than Bitcoin? What is the future of Bitcoin? Answering your burning questions in our handy explainer. 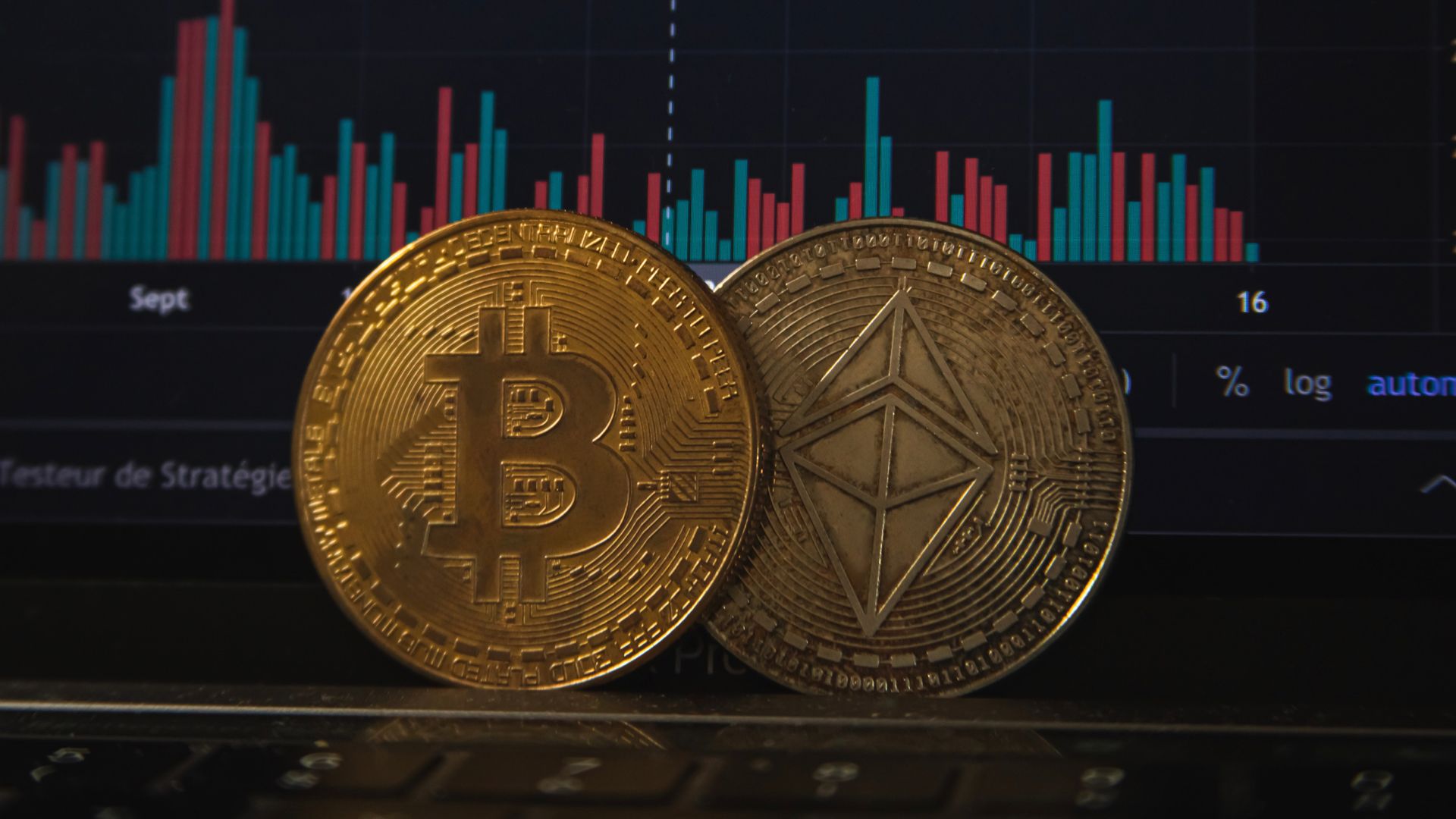 Even if you’re just starting out in your cryptocurrency journey, you’ve likely already come across the two most popular forms of crypto: Bitcoin and Ethereum. Given that both these cryptocurrencies have a large — and passionate — investor base, it can be tough to discern fact from fiction to figure out which of these two cryptocurrencies might be best for you.

In the battle of Ethereum vs. Bitcoin, however, there doesn’t need to be a clear winner; rather, there just needs to be a coin (or a combination of coins) that suits your needs best.

When it comes to Ethereum vs. Bitcoin, there can be no debate that Bitcoin has been the de facto cryptocurrency leader for years. Trading under BTC, Bitcoin’s market cap now exceeds one trillion U.S. dollars, where the total market cap for all cryptocurrencies is nearly $2.5 trillion.

Making up just under half of the entire cryptocurrency market, Bitcoin receives immense attention from investors, which is only set to rise after the Securities Exchange Commission (SEC) recently approved the first Bitcoin ETF into the American market.

Perhaps surprisingly, despite its popularity, there is a limited supply of Bitcoin available. In fact, there will only ever be 21 million coins — a known limit which has only raised the value of Bitcoin for some investors.

Nearly 90% of coins, or 18.6 million Bitcoins, have already been mined. The rate of new BTC creation gets slower over time, through a process known as Bitcoin halving. The last Bitcoin halving was in May 2020 and, at the current pace, the next halving will only be at some point in 2024.

That being said, Bitcoin is considered relatively stable and has become widely accepted as a decentralized currency. Since the Federal Reserve Bank of America and other central banks cannot regulate it, Bitcoin has attracted people worldwide, who use it to send remittances, make more secure payments, and trade.

Moreover, since Bitcoin has been in existence since 2009, it has proved to be long-lasting with consistent gains over time, despite the day-to-day or hour-to-hour fluctuations of the cryptocurrency market.

As such, for many there is no Ethereum vs. Bitcoin debate to even be had.

Avid fans of Ethereum would say otherwise, though, when it comes to determining whether to invest in Ethereum vs. Bitcoin. The first thing to know when it comes to the debate is that while Bitcoin is a cryptocurrency, Ethereum is actually a software platform.

It allows developers to build cryptocurrency-based applications that require Ether, the cryptocurrency of Ethereum, in order to function. In buying Ether, investors are betting that Ethereum will continue to expand and more developers will buy ether to access it, in the future, hence buying more ether drives up its value. As such, if you’re an investor and not a developer, purchasing Ether proves your conviction in the Ethereum platform.

What sets Ethereum apart from other platforms is its ability to execute smart contracts. These are self-executing agreements written in code that boosted Ethereum’s popularity and value when it was originally created in 2013.

These smart contracts allow for the creation of decentralized applications which work without a central entity behind them — one of the most ambitious projects to be launched on the internet!

Ethereum vs. Bitcoin: What are the Differences?

More broadly, though, when considering Ethereum vs. Bitcoin, one has to acknowledge that these two have widely different aims. Bitcoin was created as an alternative currency and aspires to become a medium of exchange, particularly for international transactions which can often be costly, time-consuming, and confusing.

Ethereum, on the other hand, is meant to be a platform to facilitate programmatic contracts and applications via its own currency, Ether. While Ethereum vs. Bitcoin was never meant to be a comparison, especially given that Ethereum is a platform and not a cryptocurrency, Bitcoin and ETH (short for Ether) have become two of the most popular cryptocurrencies on the market and comparisons have been inevitable.

Is Ethereum Better than Bitcoin?

Given that cryptocurrency trading, investing, and transacting is still relatively new, both ETH and Bitcoin will most likely continue to hold value well into the future. That being said, in the Ethereum vs. Bitcoin debate, there is more scope for innovation and potential for network updates that would bring more attention to Ethereum and ETH in the future. A common argument is that Ethereum can do everything Bitcoin can do — and more.

However, considering that Bitcoin is finite and a limited commodity, there could be more value to buying and holding Bitcoin now compared to ETH, which can be mined regardless. Moreover, Bitcoin’s widespread adoption makes it more attractive to some consumers than other forms of cryptocurrency.

Ultimately, there is no right answer to whether Ethereum is better than Bitcoin. Both serve different purposes so it depends more on your own personal conviction in their cryptocurrency or your desire for an alternative currency versus a smart contract platform.

What are the similarities between Bitcoin and Ethereum?

What is the future of Ethereum vs. Bitcoin?

It’s tough to say with certainty what the future holds for cryptocurrencies, but Ethereum is working on a major platform upgrade to Eth2. Right now, a major drawback of Ethereum is that the system faces heavy network congestion as well as high fees. With demand growing, the platform isn’t scaling to meet that, so Eth2 will be a more scalable model.

While the upgrade won’t be completed until at least 2022, it should help to reduce the carbon footprint of Ethereum. While Bitcoin does not have major updates like Ethereum, it has just been made legal tender in El Salvador, which launched a solution called the Lightning Network. This helps to increase the speed of Bitcoin transactions and make those transactions cheaper, too.

So, it seems likely that further regulation of Bitcoin may occur as it becomes even more widely accepted among governments around the world. As such, both Bitcoin and Ethereum have future scope that will sustain the value of both going forward.

What are the fees associated with Ethereum and Bitcoin?

You can pay the miner more money to have them pay special attention to your transaction and complete it in a more timely manner, but your transaction will go through even if you don’t pay a fee. With Ethereum, on the other hand, you must provide Ether for your transactions. The ETH will be converted into a unit known as gas, which drives the computations on the blockchain.

How do I invest in Ethereum or Bitcoin?

Unlike traditional stocks or mutual funds which can be bought on platforms like Fidelity or Vanguard, you will need to use a cryptocurrency trading platform to obtain Bitcoin or Ether. Once you open and fund your account, you can trade US dollars for ETH or Bitcoin. While you can keep your crypto in this account, it’s often better to store it in a crypto wallet which is significantly safer.

Remember, there is always a degree of risk involved with investing and especially so with cryptocurrency given the volatile nature of these coins and the market, but if you’re willing to take that risk, investing in ETH or Bitcoin can be a valuable payoff in the long-term. 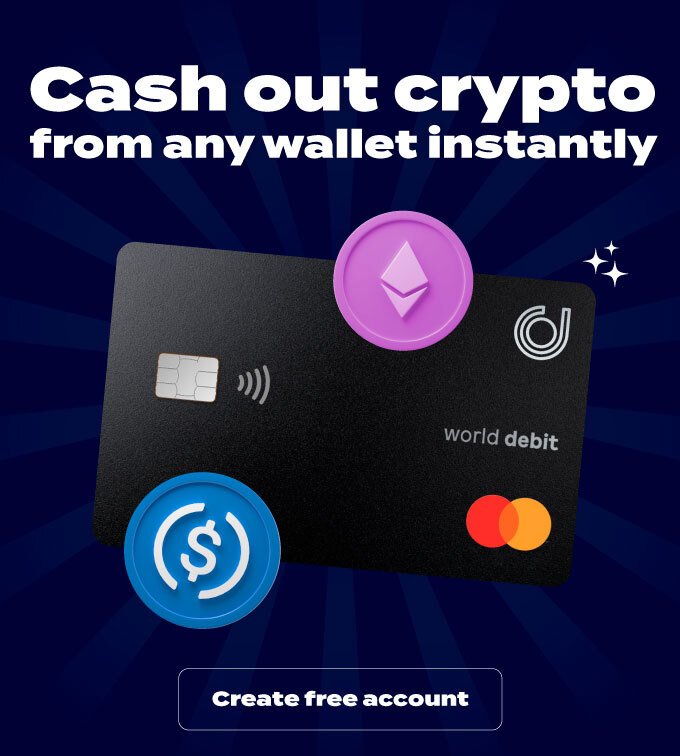